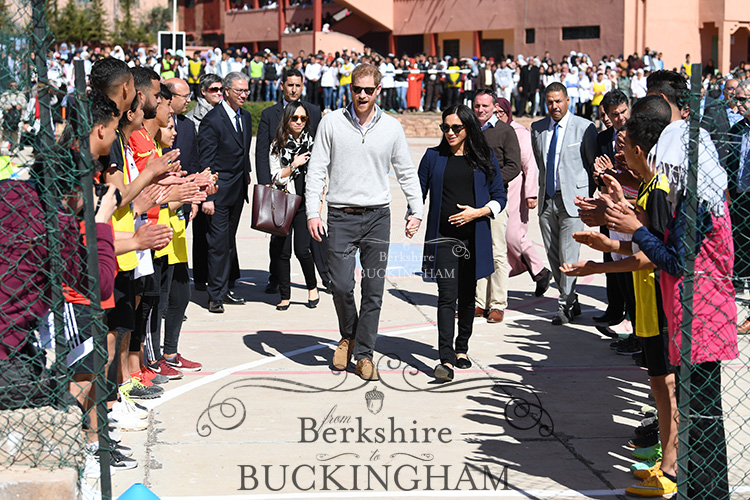 The Sussexes have been on private holiday for the past six weeks or so. They formally press released before Thanksgiving that they would not join the BRF at Sandringham for Christmas and would withdraw from the spotlight for private time as a family. Sometime in the last two weeks the news broke that they were enjoying Christmas at a $14million mansion on Vancouver Island. It looked idyllic, and they shared a darling snap of Harry holding Archie as part of their New Year's IG post. The news of their whereabouts was bound to break at some point, and I am a fan of sharing “behind the scenes” snaps for major holidays, so their time away seemed a success for them and an opportunity to hit the reset button on their often rocky relationship with the public.

Then, today, they press released that they are returning to the spotlight tomorrow with a visit to Canada House, because they want to thank the Canadian High Commissioner “for the warm Canadian hospitality and support they received during their recent stay in Canada.”

This is more of the same contradictory signals and navel-gazing that got the Sussexes in trouble last year. They have made much of the toll royal life takes on them (not a message that has been sympathetically received by the general public, as one would expect) and how much they crave space and time away from the spotlight. This has drawn criticism, because they seem very keen to manage a very public profile and, in their own words, "grow a global Sussex brand."

The couple probably didn’t need to even make their pre-Thanksgiving announcement about their break at all, but it was a borderline call, and I don’t fault them for choosing to make the announcement. Although they probably could have simply said they weren’t attending the Sandringham Christmas and just gone dark, they have been off the radar for a long time, and the public would have been asking questions, so just as well to say, ‘we are signing off for the holidays!’

But, it is absolutely bizarre to come back from a super private, super exclusive vacation and make a formal visit to the Canadian embassy to thank “Canada” for its hospitality. The reason it is bizarre is that they were not on tour. It was not a formal visit paid for by the British and Canadian taxpayers. They did not publicly tour the country, greeted as  they went, by throngs of well-wishers (for which a formal thank you would seem gracious). They were acting as private people, taking a private period of weeks away from the public, at a super luxe and very exclusive private home. They were like any other wealthy celebrity couple enjoying the holiday season.

William and Kate don’t come back from the Seychelles, or Mustique, or Switzerland, or Biarritz (all places they privately holiday, and doubtless experience wonderful service and pleasant interactions with locals) and formally visit the respective country's representative in London to publicly thank them…for I am not even sure what. Again—the Sussexes were traveling privately. This comes across as needless sharing, or at least a signal that is at cross-purposes with their stated need for private lives to balance the burden of their public duties. Even the way they phrased their press release, “thanking Canada for its “warmth” and “support” has shades of their complaints from the catastrophic close to their Africa tour and the subsequent documentary.

Royals are allowed privacy; they are allowed time "off the clock." Other royals at the Sussexes' level of star-power and above it (the Cambridges) successfully navigate private holidays without a word or an acknowledgement (Biarritz, Switzerland, etc) that they've even gone, thus holding the line on time they want to guard as their own; or even giving the public a little peek without breaking the barrier (think the official ski pictures, or the nod to Mustqiue with George's birthday shot).  They've never scheduled a public engagement to thank the destination countries envoy.

This is a misstep because, as noted at the top, it is a mixed signal. It is drawing their private time into the public sphere. It is highlighting and drawing the public’s attention to the very time they claimed they wanted to hold sacred and secret. It supports the theory that many hold, that while the couple claim they crave privacy, they actually seek the spotlight. Which brings us back around to the uncomfortable reality that they might create the very drama from which they claim they seek escape.